Concentrating on a rather small area, we visited Dekanovec, Domašinec, Goričan (HR) - Letenyei (HU), Kotoriba, Legrad, Botovo, Drnje, Gotalovo, Gola, Ždala, Bélavár (HU), Barcs (HU), Terezino Polje
‍
We followed the fence, gathered pictures and field recordings, and interviewed people on the Croatian side: a fisherman on the Mura river, a retired border guard and the chairman of the committee of Ždala amongst others.

Our few incursions in Hungary were not fruitful in terms of collecting testimonies, though it was interesting to note architectural similarities as strong as cultural differences between the Croatian and the Hungarian side.

“Aside from its geographical, political, and juridical dimensions, the concept of the border has an important symbolic dimension, which has come to the fore today with the multiplication of the tensions that invest the classically modern configuration of the border as a separating line between sovereign state territories (Cella 2006; Zanini 1997). Both sociology, beginning with the work of Georg Simmel (2009), and anthropology, beginning with an important essay by Fredrik Barth (1979), have made fundamental contributions toward understanding this symbolic dimension of the border, including its role in distinguishing social forms and organizing cultural difference.”‍
In Mezzara and Neilson, Border as method, 2013

Zagreb, Dekanovec, Goričan (HR) - Letenyei (HU)
We reach the border of Croatia-Slovenia-Hungary and cross the border GORIČAN (HR) -LETENYEI (HU) where we buy a Hungarian SIM card for our our mobile router, and have lunch at the pizzeria Zsiraf, before returning to Croatia. In LETENYEI, they don't speak English. We then go to the Dekanovec fishing society. 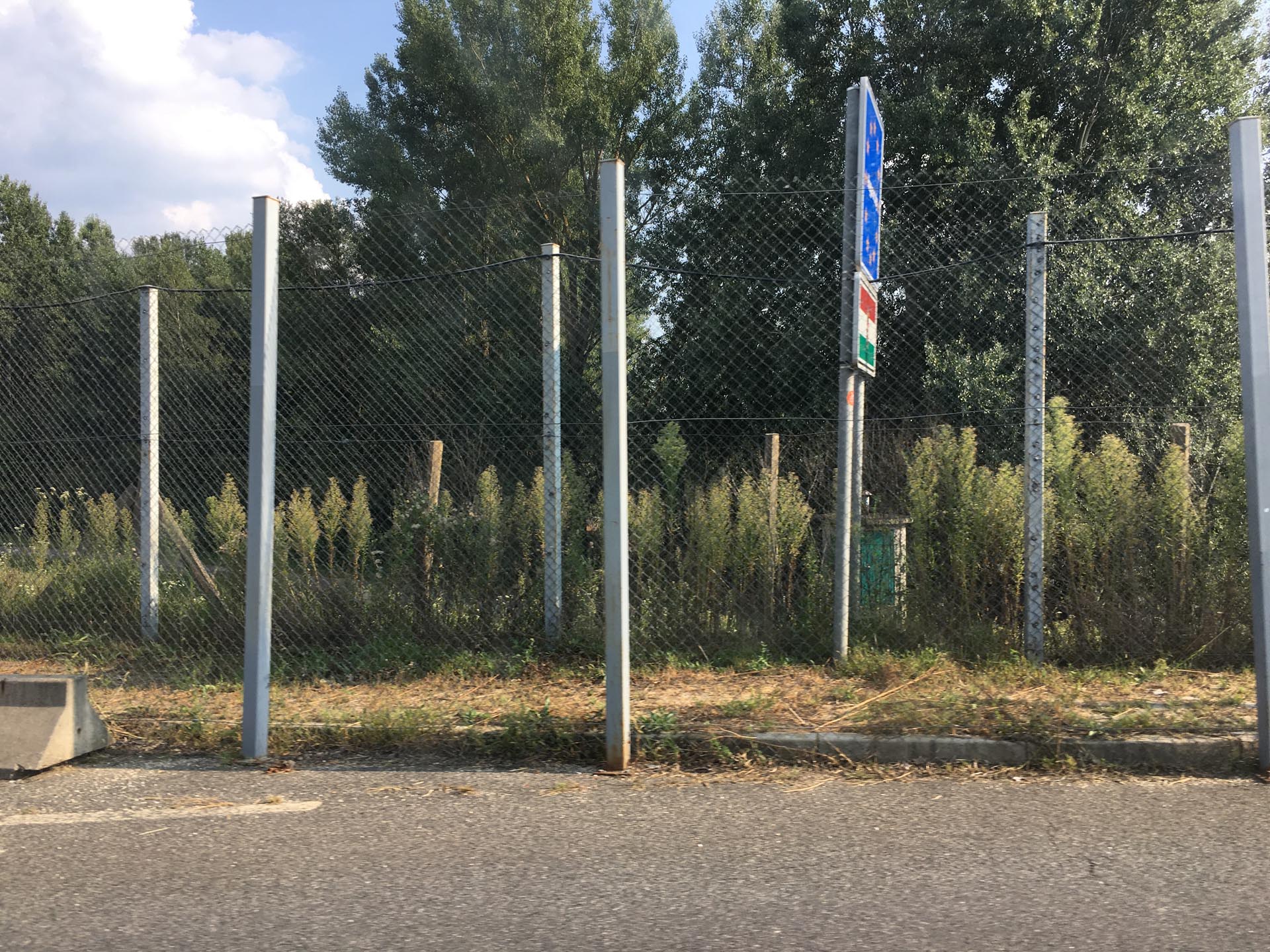 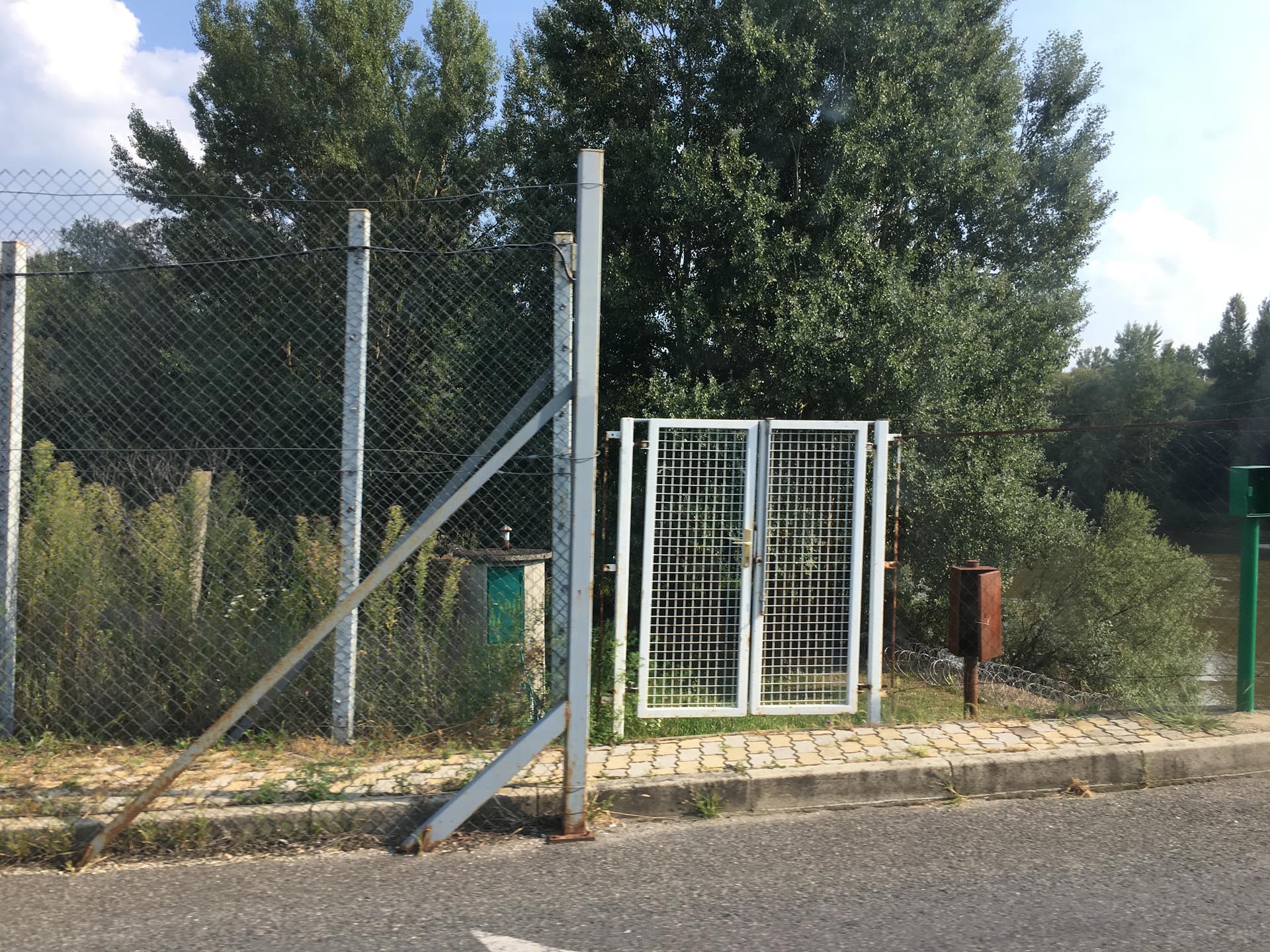 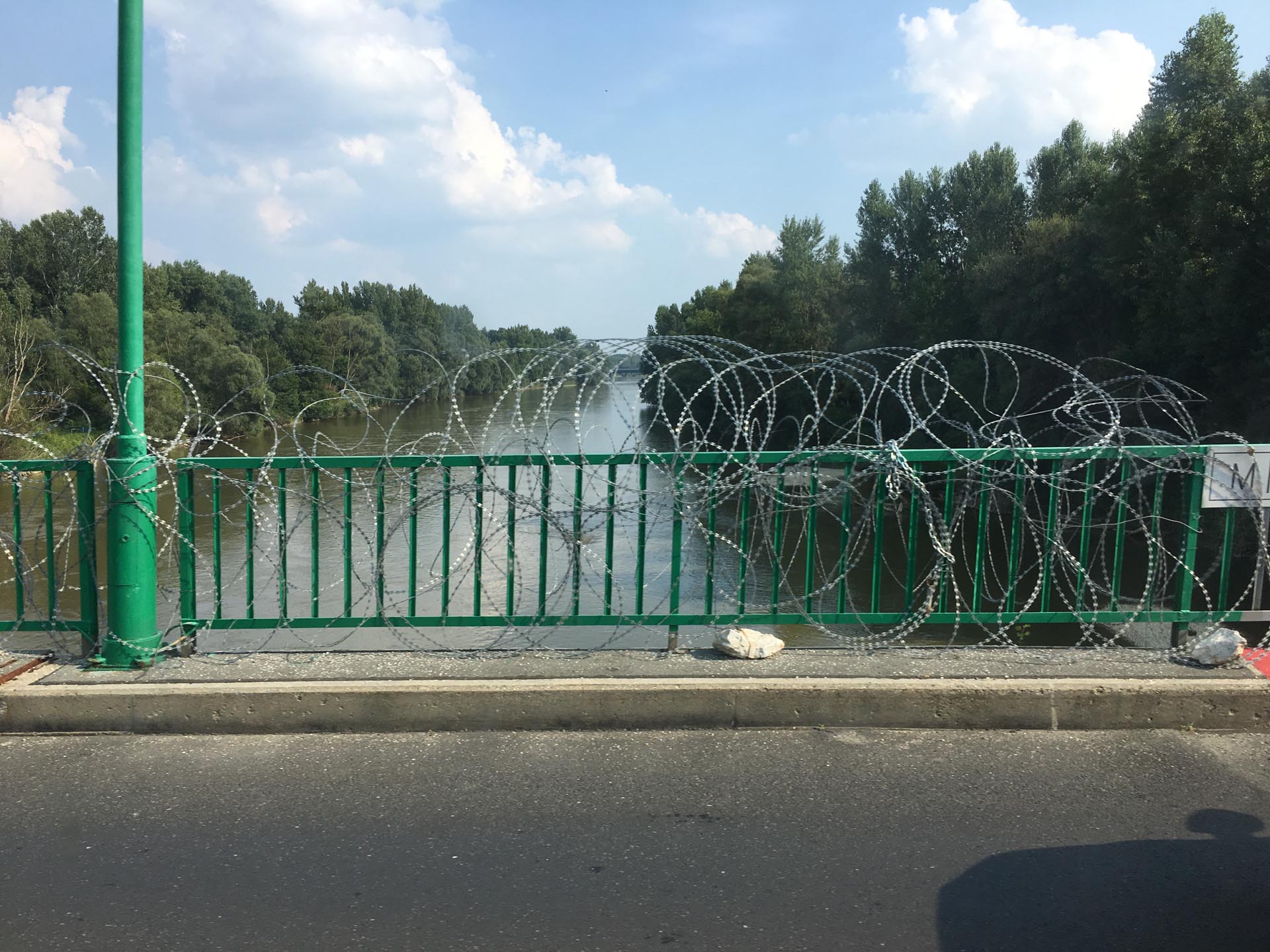 Hungarian Government, „National Consultation on Immigration and Terrorism.” - the government established a new law enforcement unit, helping the work of the border police, called  határvadász (In unofficial English translation it would be border hunter units) and tightened the laws, labelling both the illegal border-crossing and the damaging of the fence as criminal offences.‍
https://www.youtube.com/watch?v=hNm7To1Swu4‍

Dekanovec, Domašinec
Croatian-Hungarian border on the river Mura, a fishing society in the village of DEKANOVEC (HR). We arrive at the border of Hungary-Slovenia on the Croatian side. There is no fence there. Locals say it’s because the river is a natural barrier. Even the best swimmers can drown in the Mura. “Mura's whirlpool takes you away and if you resist, it won't let you go.” A fence is being erected at the nearby Goričan crossing. At the restaurant Bajzovi dvori, in Dekanovec we celebrate Tomislav's birthday. In DOMAŠINEC, we set up camp by the river Mura on the educational trail MURŠČAK, near DOMAŠINEC. Kayaking and exercising.

VARAŽDIN, VIRJE, GORIČAN
‍
Departure to Varaždin to pick up Johanna Olausson. Lunch at Raj restaurant. We split into 2 teams. Turković-Komljenović as one team, and Pocheron-Olausson as the other.

Turković-Komljenović go to VIRJE to process and prepare materials for publication.

THEY KILL ME IF THEY HEAR MY VOICE. IF THEY KILL ME IT IS NO PROBLEM BECAUSE I CAN’T LIVE LIKE THIS.
BORDER VIOLENCE MONITORING NETWORK

Pocheron-Olausson:
Sleep near GORIČAN (HR) - LETENYEI (HU) border. On to KOTORIBA, filming the Mura river and the meadow. VELIKI PAŽUT - a monument to the struggle against the Turks. Between DRNJA and GOLA there is a high fence with razor wire at the bottom and no razor wire at the top. At one place, the stream passes under the fence. At the GOLA (HR) - BERZENCE (HU) border crossing, customs officers look in and under the van in search of human trafficking. We return to the Croatian side at the border crossing of BARCS (HU) - TEREZINO POLJE (HR). We sleep in the hotel Kurija Janković in Kapela Dvor near Virovitica.

Turković-Komljenović:
Researching the legal framework of borders and border markings. Looking at ordinance forms, content, and the methodology of placing prescribed signs at border crossings and along the border. We go to the tunnel/military bunker between NOVIGRAD PODRAVSKI, SRDINAC and JAVOROVAC. There are no traces of migrants, only local and Cyrillic inscriptions. At LEGRAD is the confluence of the Mura and the Drava. Where the river flows there is no fence as the current is often too strong to cross. BOTOVO railway crossing has a fence and a gate where the train doesn’t pass. GOTALOVO, fence, GOLA fence. We sit in a cafe. No one will do an interview. We move along the fence that is right next to the road and film.

"... Migrants disembark a train that brought them to the Hungarian border, in Botovo, Croatia... "www.wsj.com/articles/migrants-journey-through-croatia-1442860465‍ 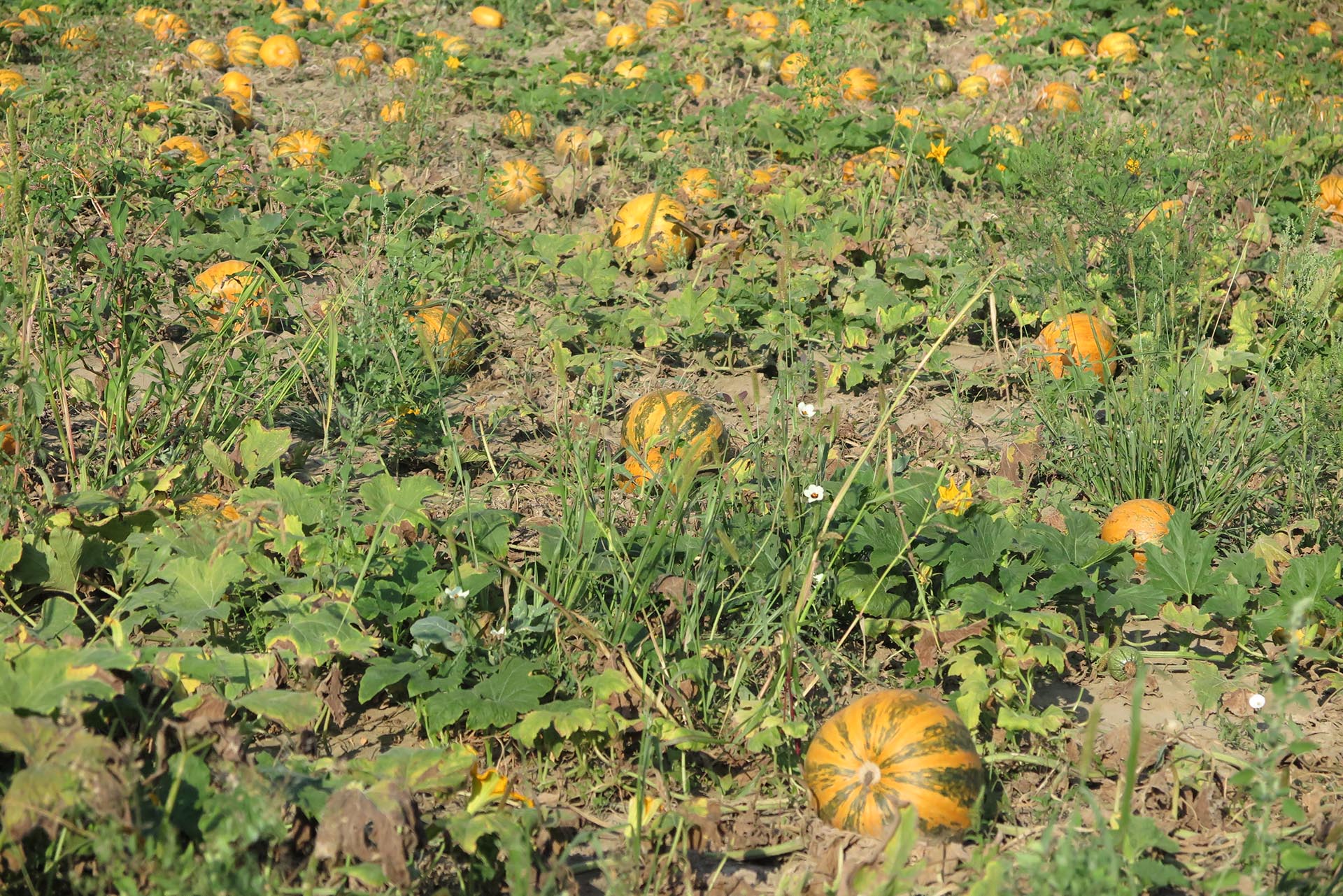 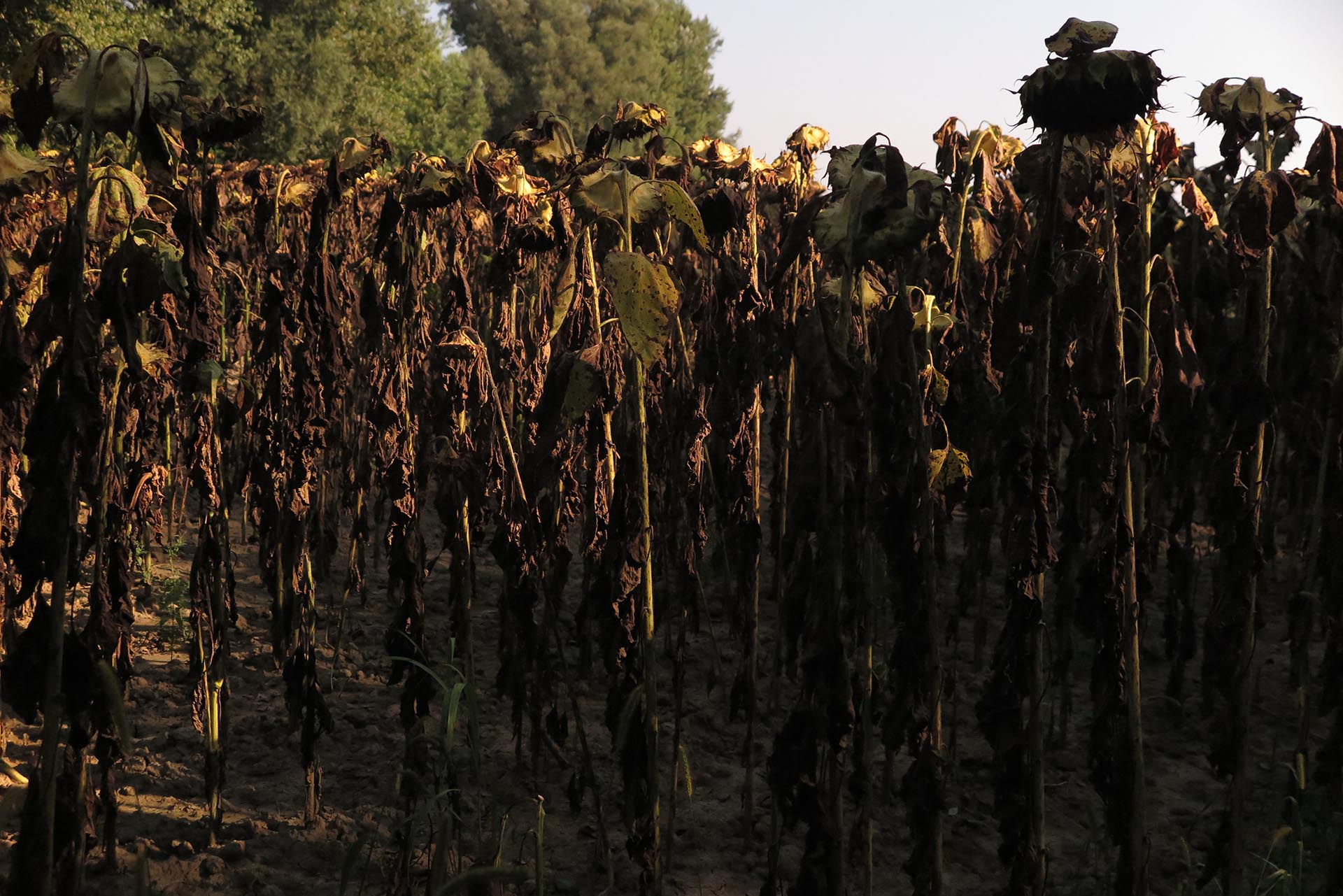 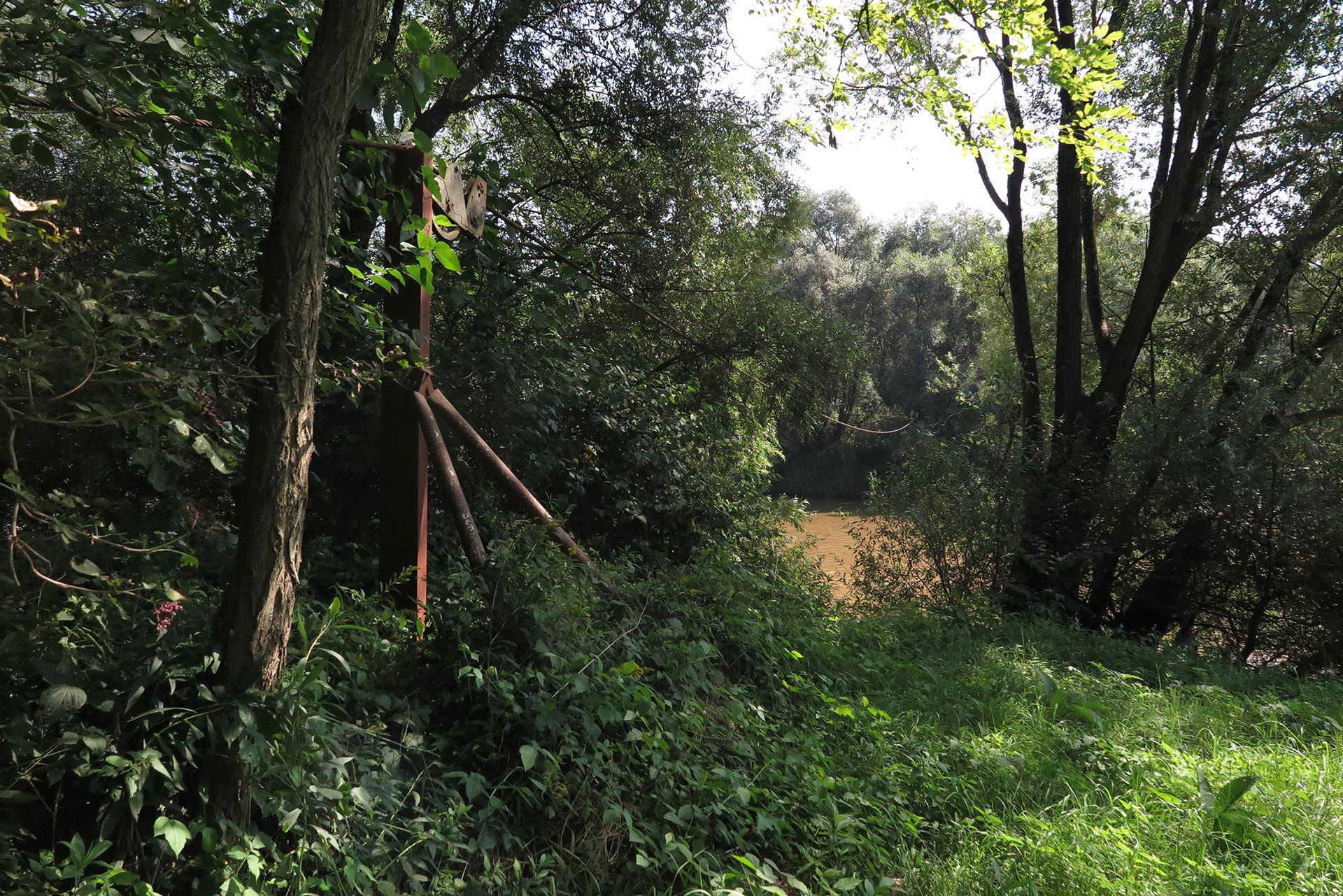 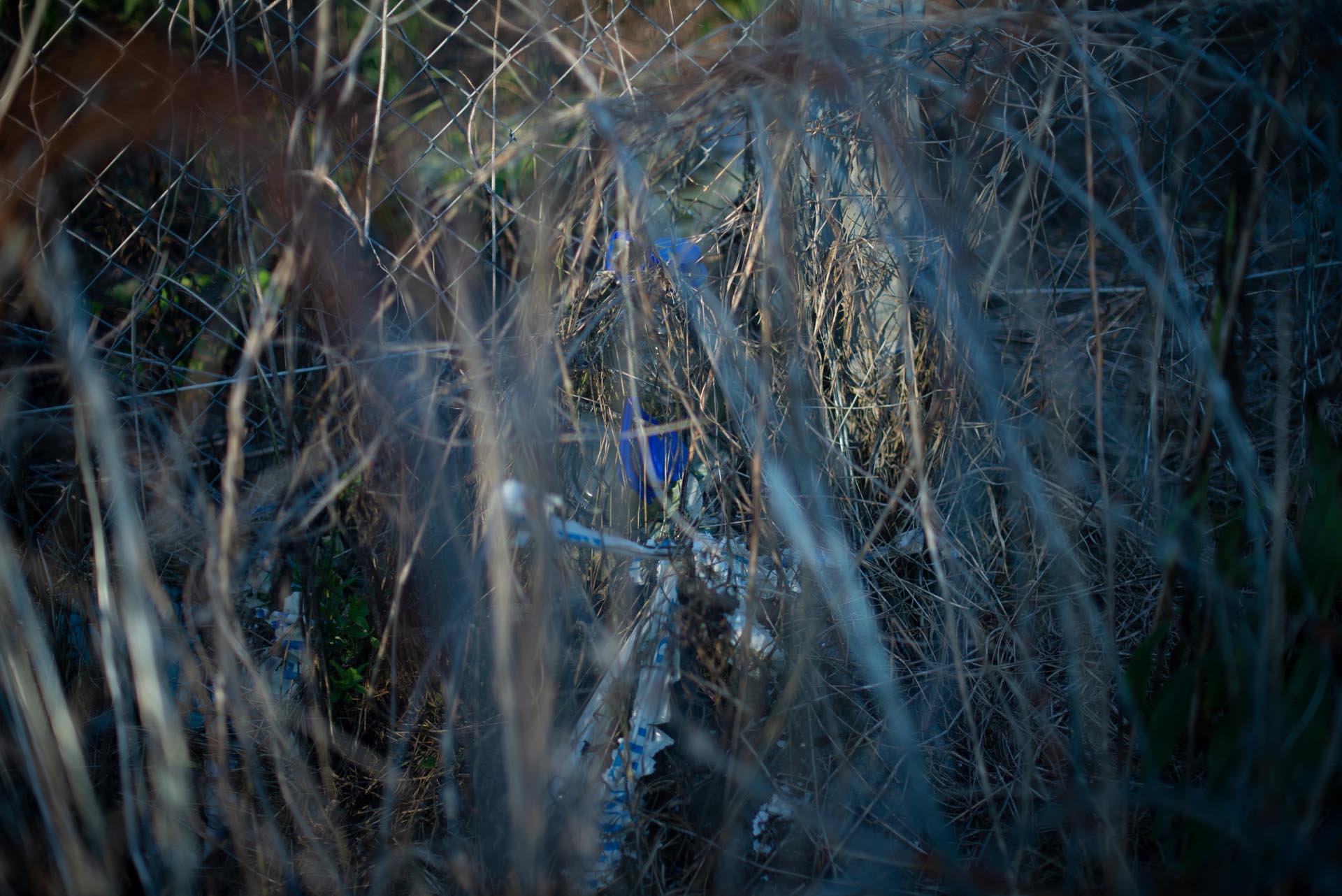 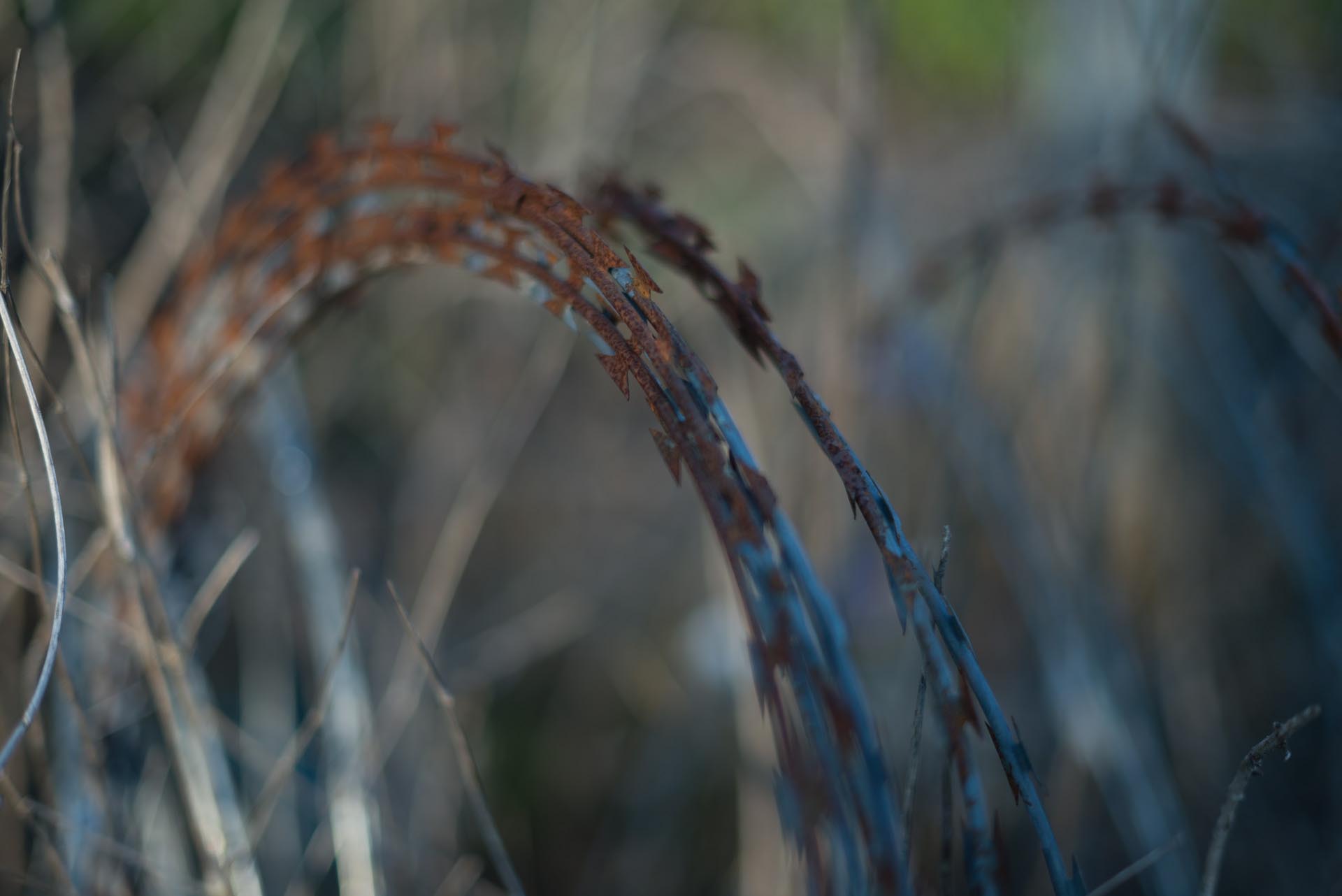 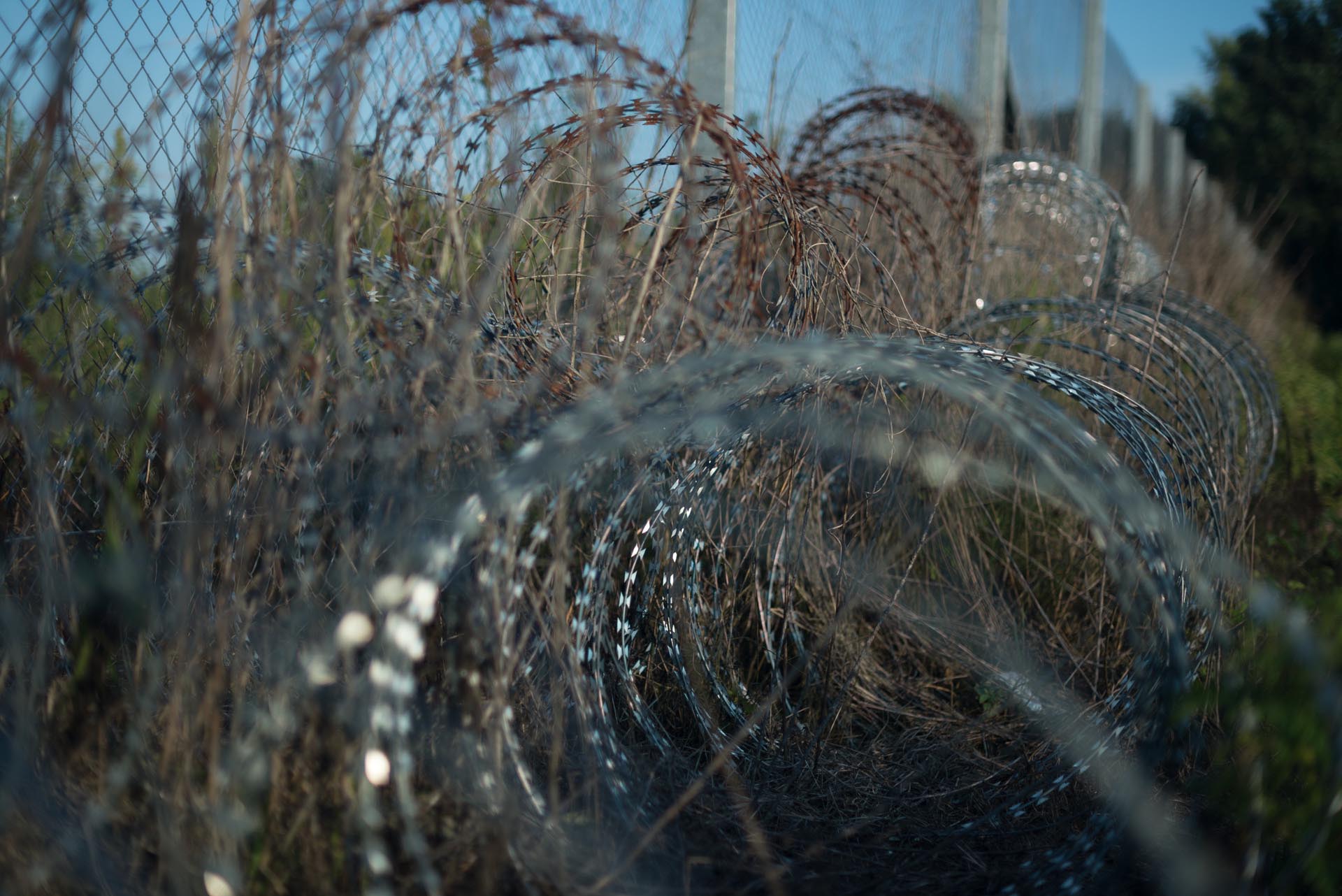 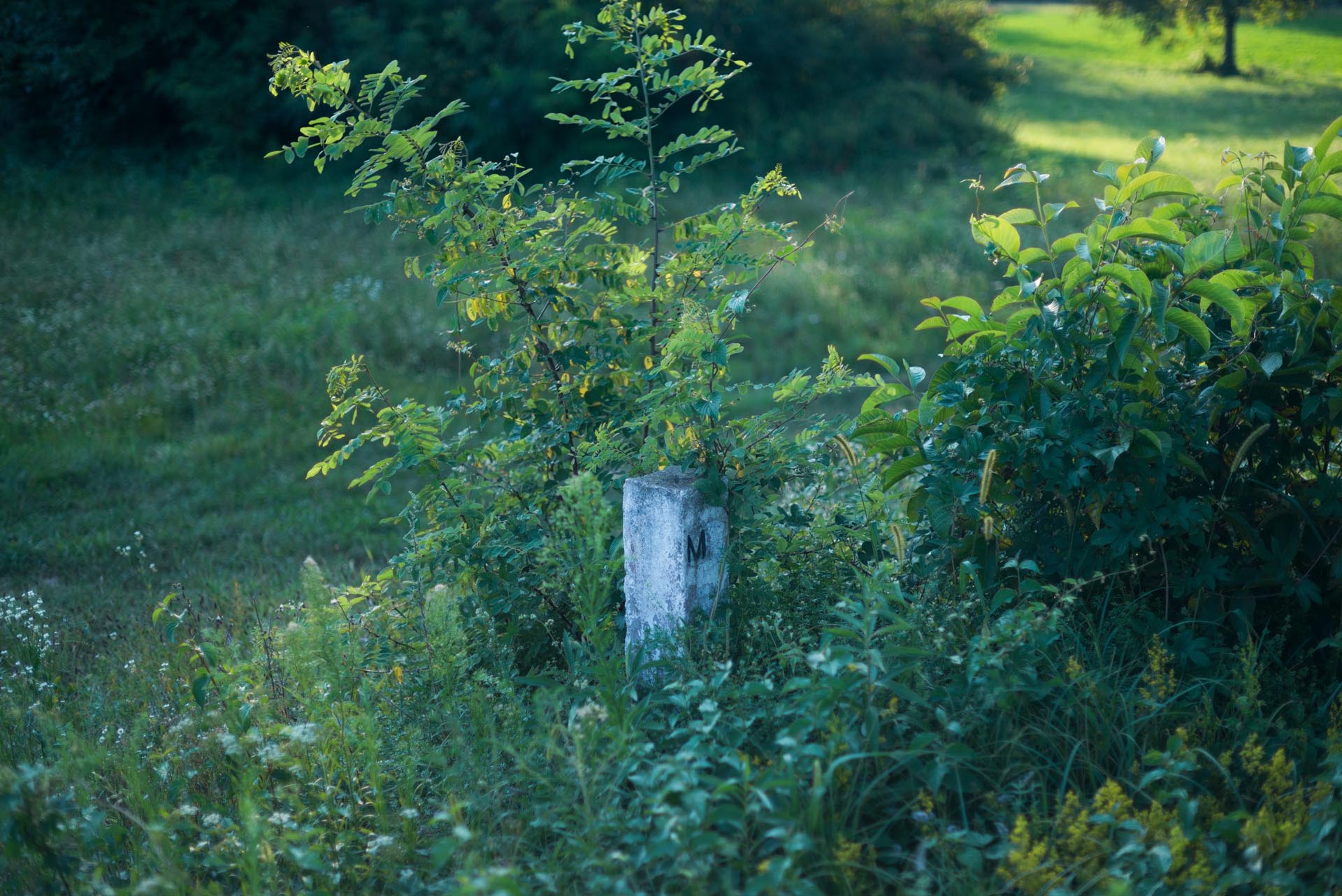 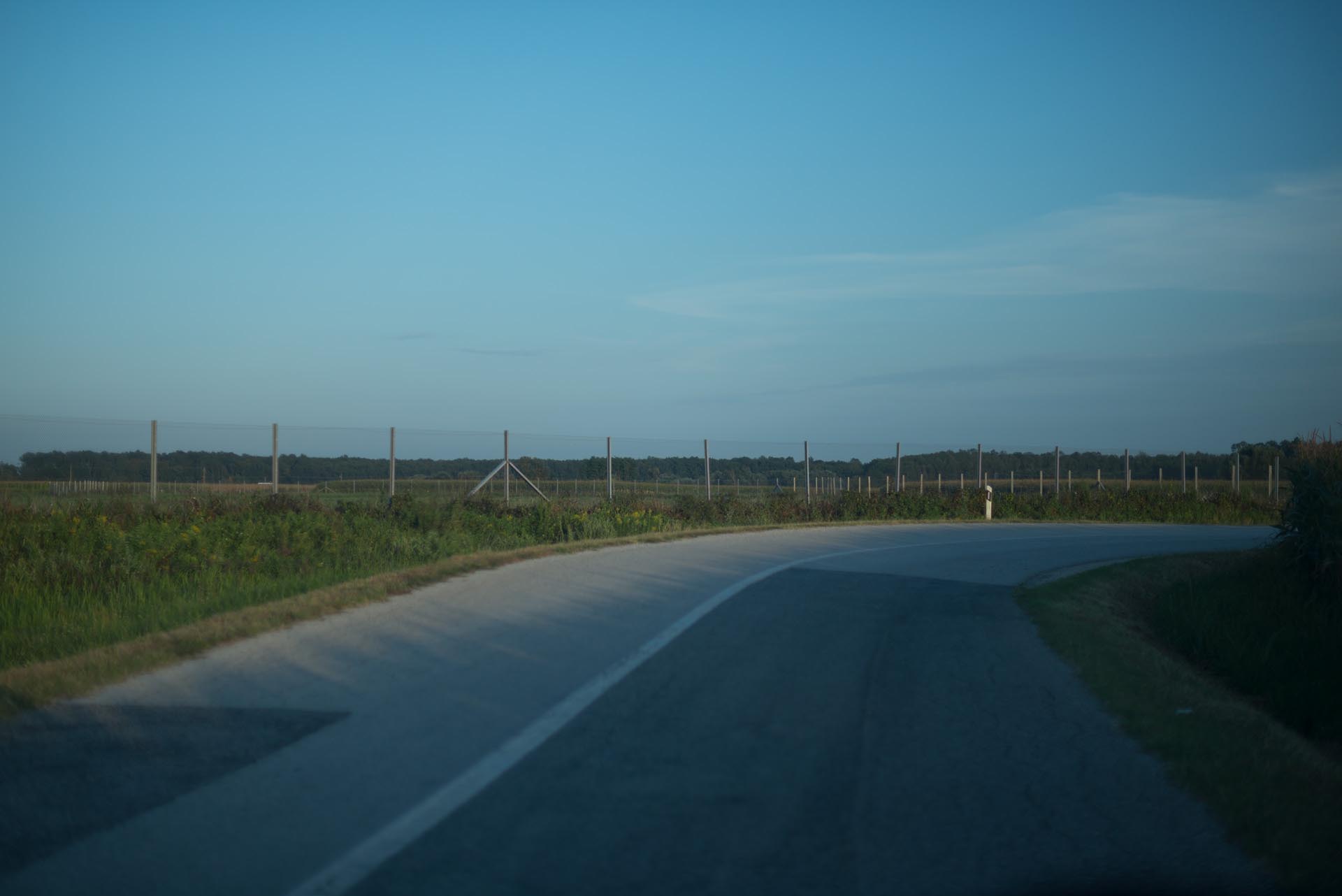 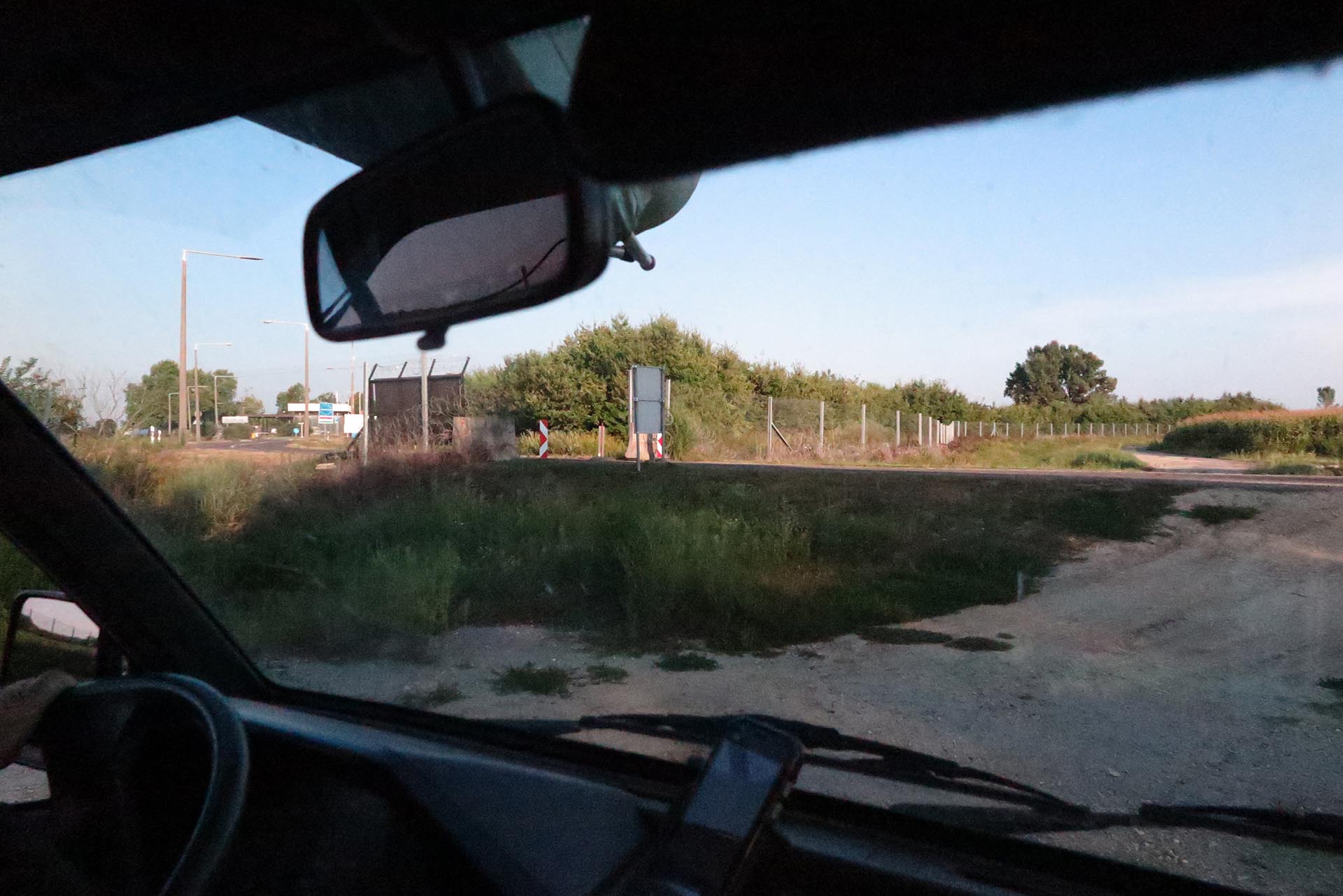 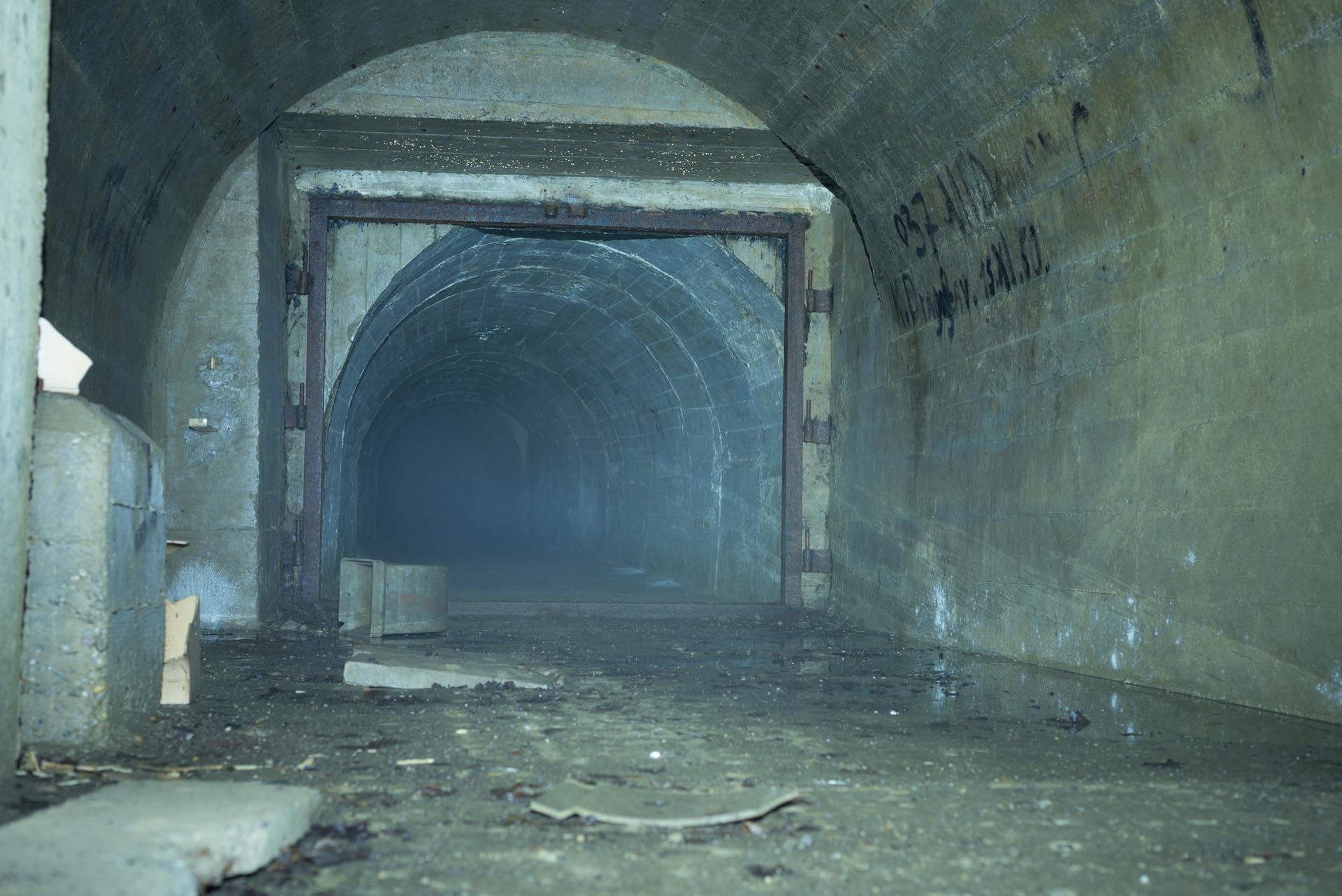 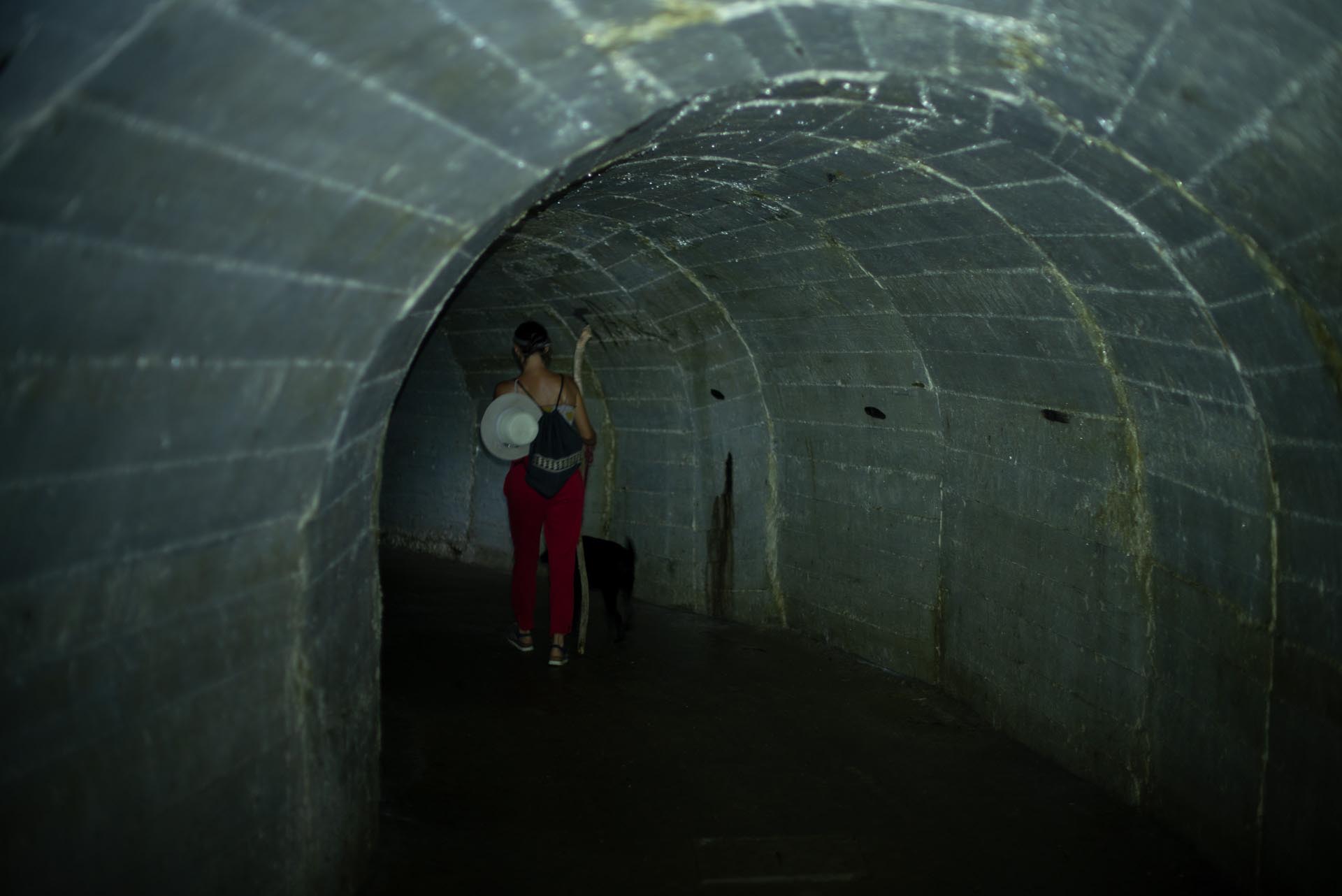 The 2 teams meet up in VIRJE. Interview near Virje with Tomislav's neighbor, Zlatko B., at his vineyard house. He is retired, but still works dispersing clouds to fight against weather-based crop destruction. On the Drava near NOVO VIRJE there are no fences. In ŽDALA, a Hungarian village in Croatia, the fence goes along the village. We follow a dead-end street to find a ruined and abandoned state border security facility that was used by the army and the cavalry as a rest area and was closed down in 2000. We find no traces of migrants. We're filming wire and razor wire fence there. We go to the local Flamingo cafe to interview the council president and cafe owner. He offers us his land for sleeping overnight.

Zlatko: “And you know what a razor wire is: it's a language I can't speak to talk to you. It's the meanest fence.”

“On the one hand, there is a violent process of exclusion whose main instrument (not the only one) is the quasi-military enforcement of `security borders', which recreates the figure of the stranger as political enemy, pushing the European construction in the direction of a `translation' of economic disparities and social antagonisms into the language of culture wars and clashes of civilization, which is potentially exterministic. On the other hand, there is a `civil' process of elaboration of differences, which clearly involves difficult issues concerning our educational systems and cultural policies, even perhaps a basic aporia concerning the self-understanding of Europe's `identity' and `community'.“‍
In Etienne Balibar, Europe as borderland, 2009‍ 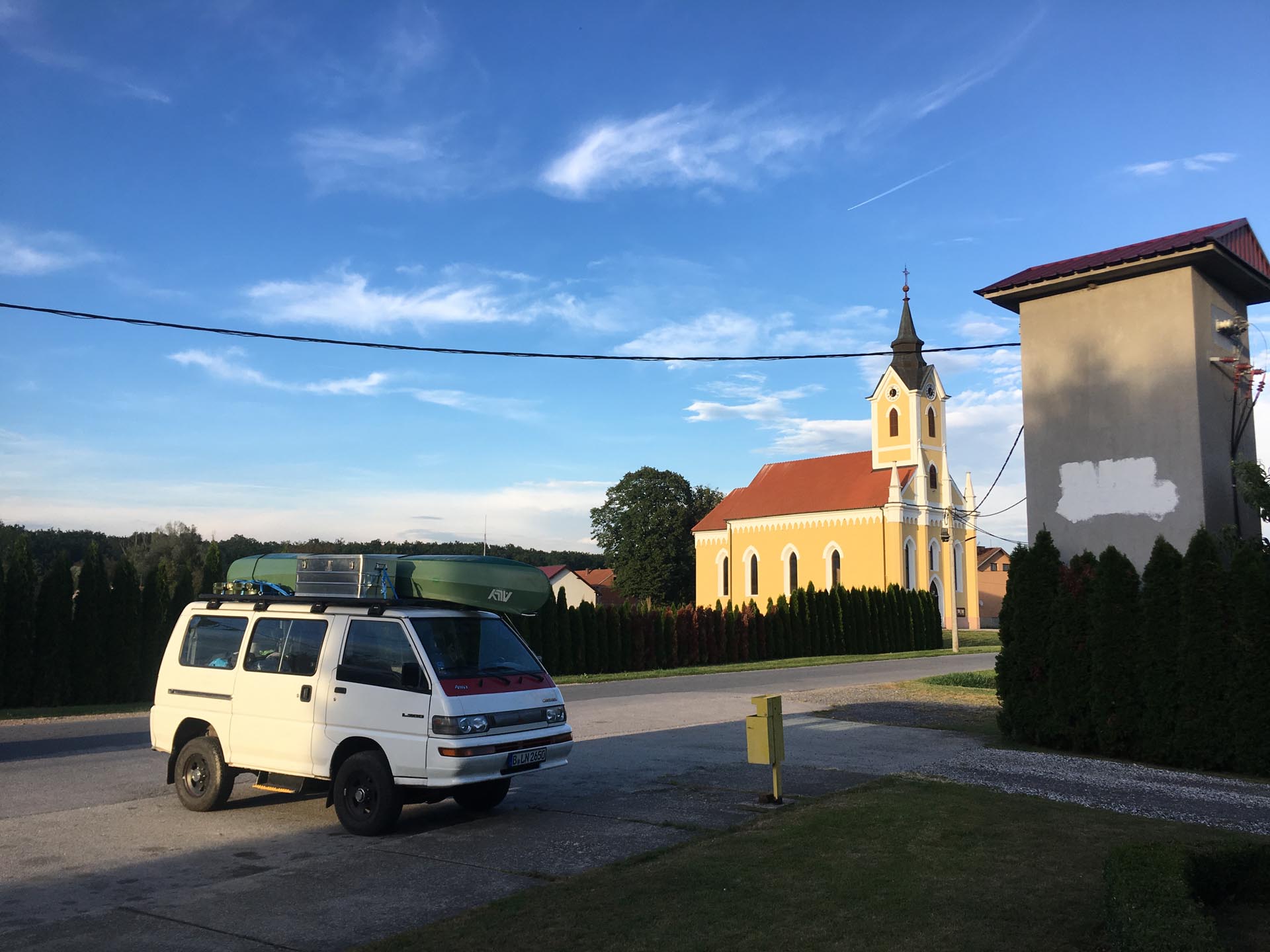 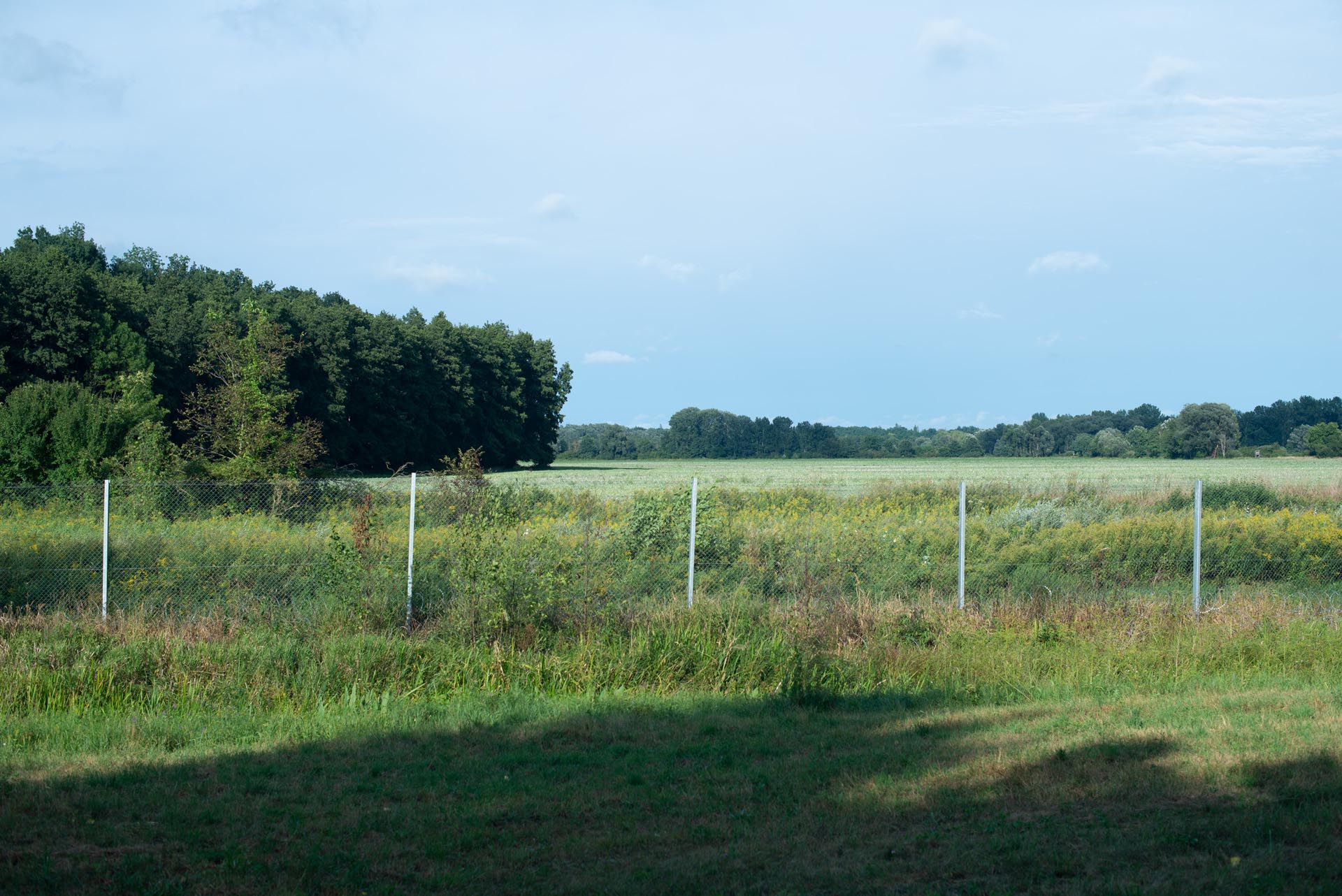 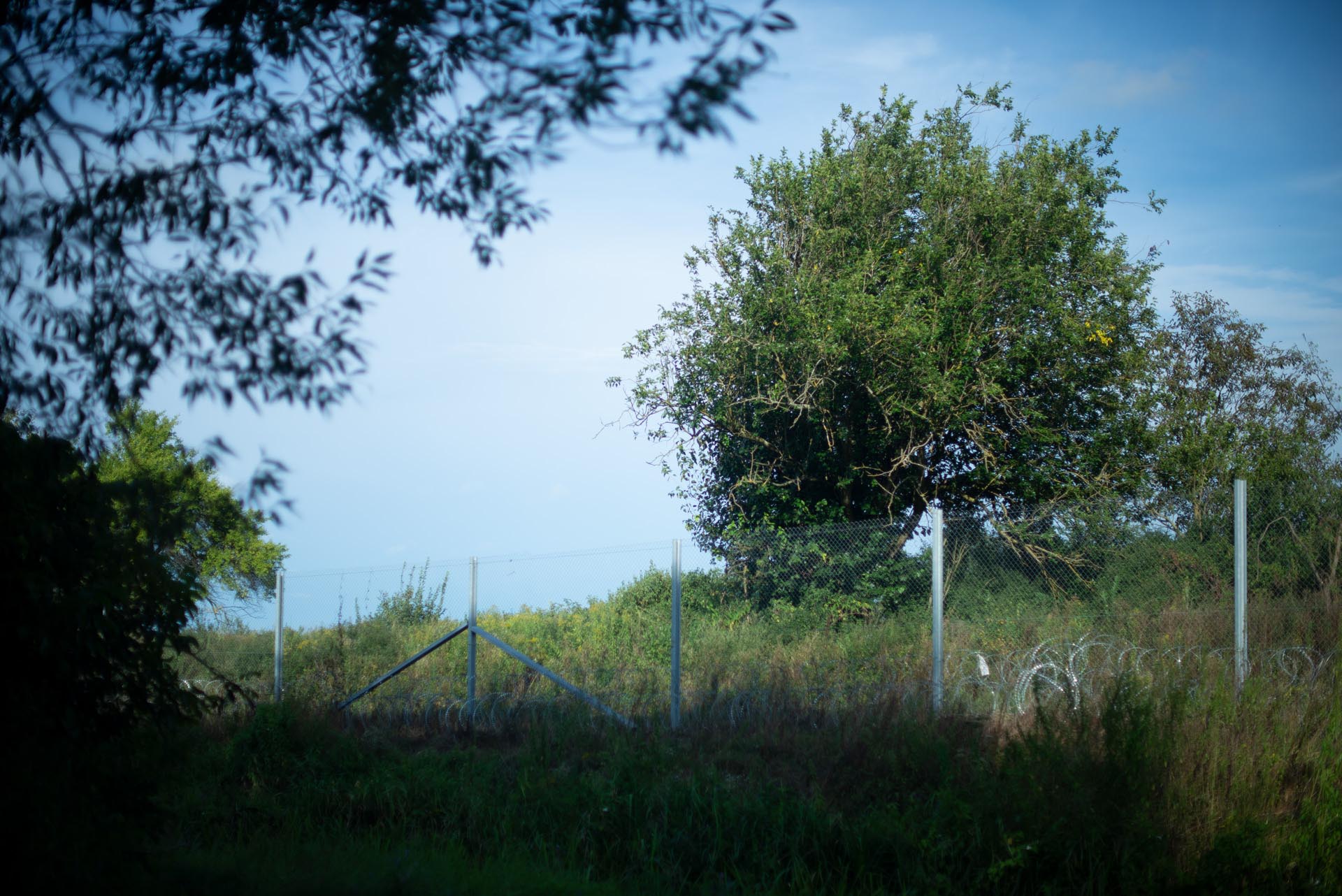 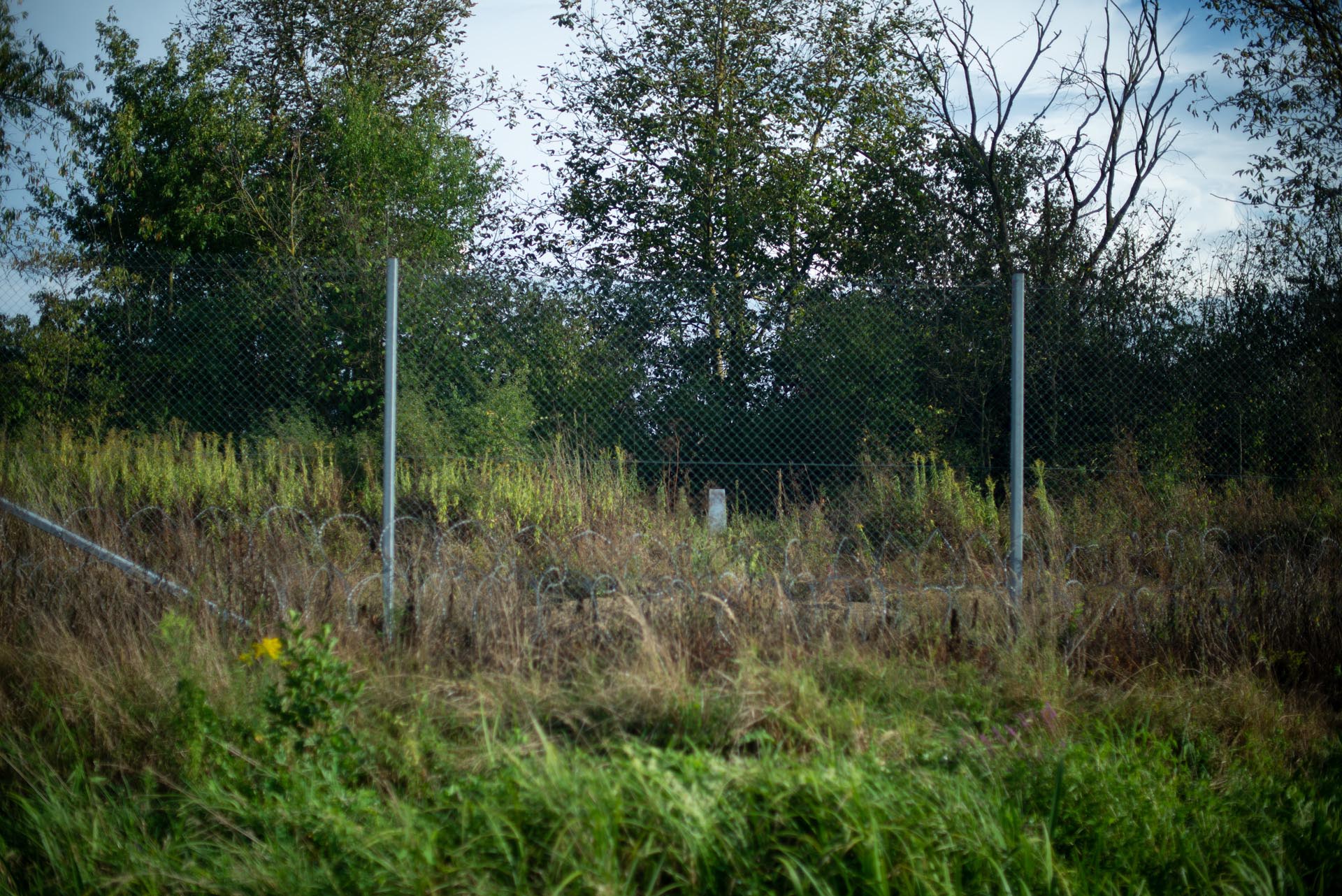 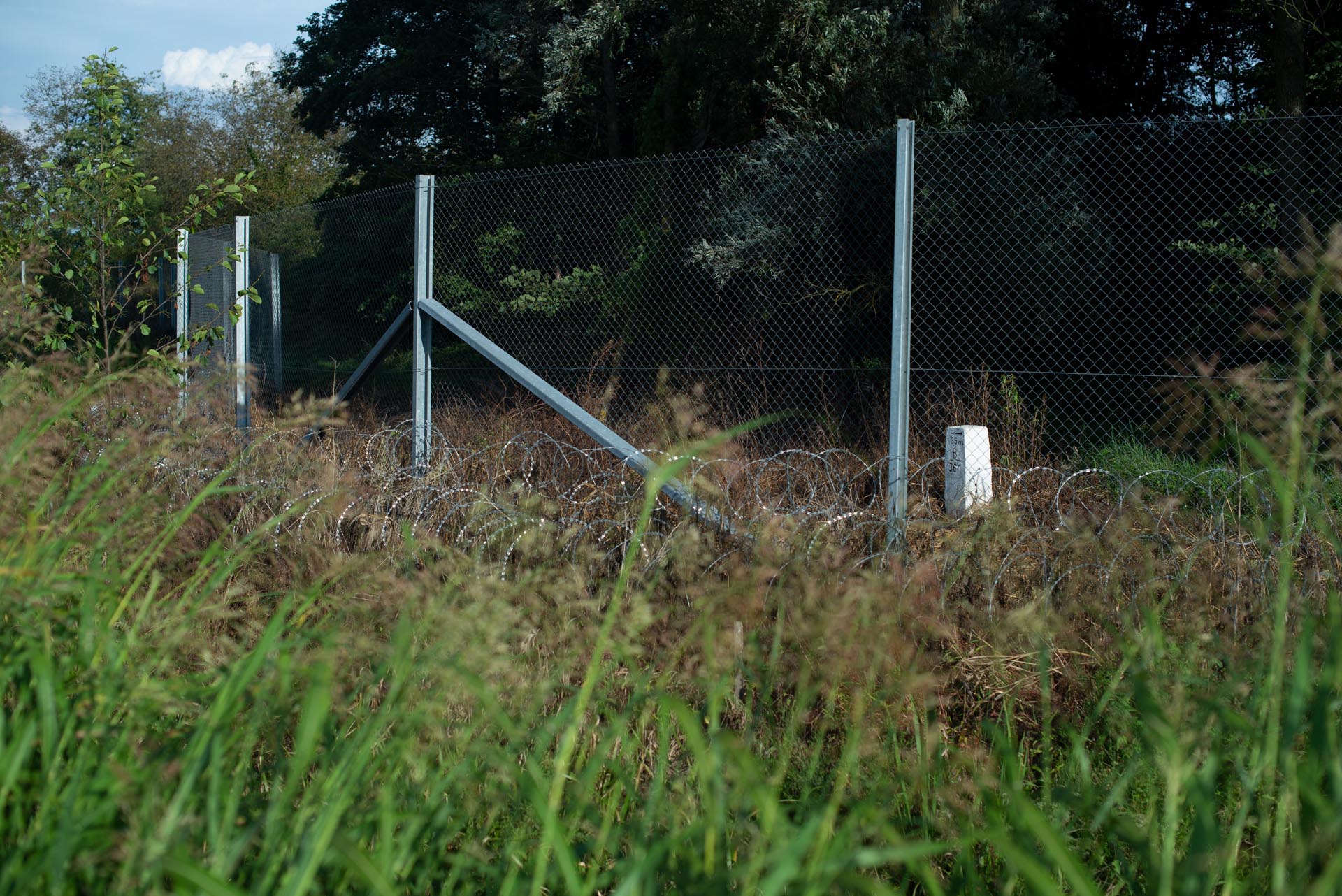 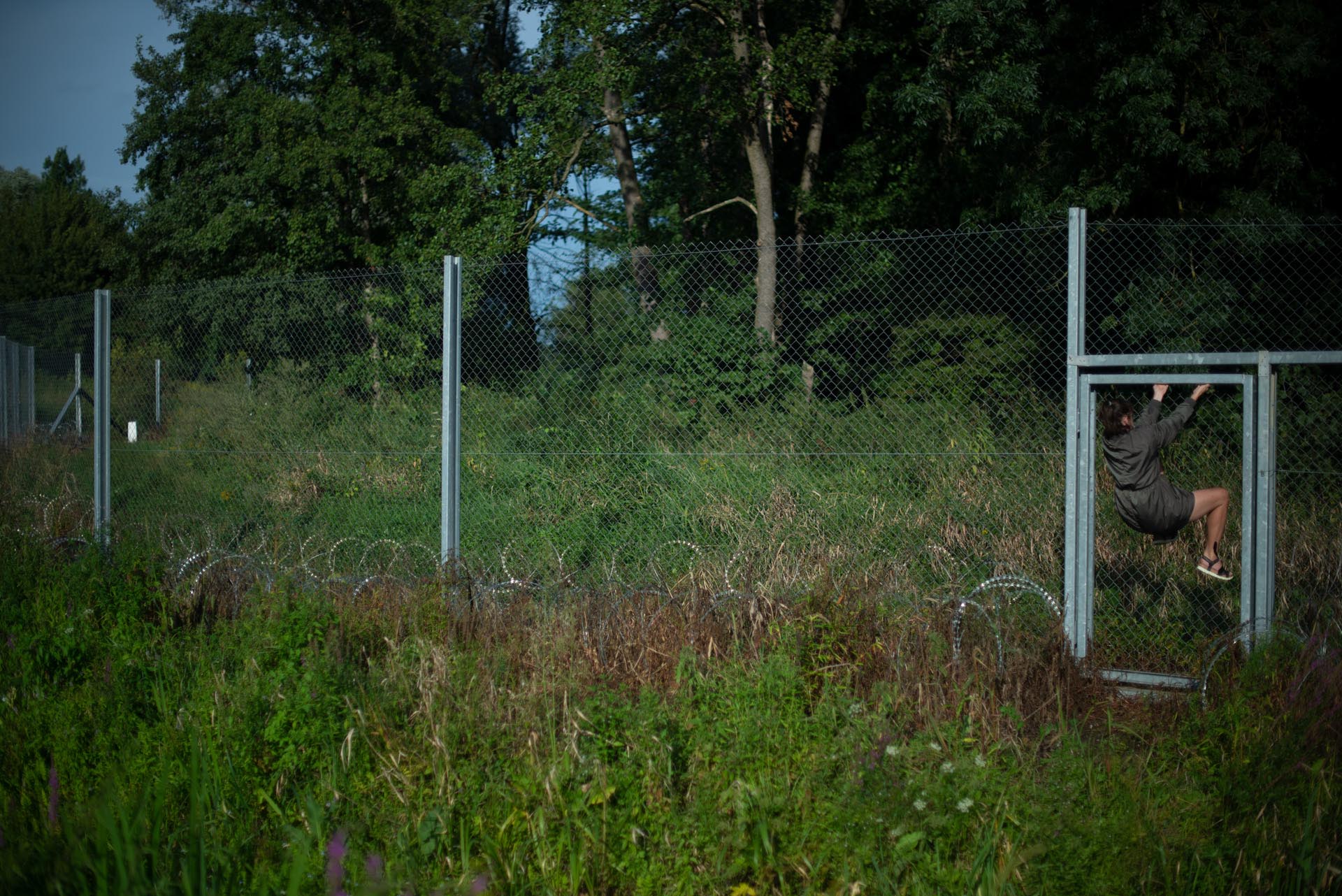 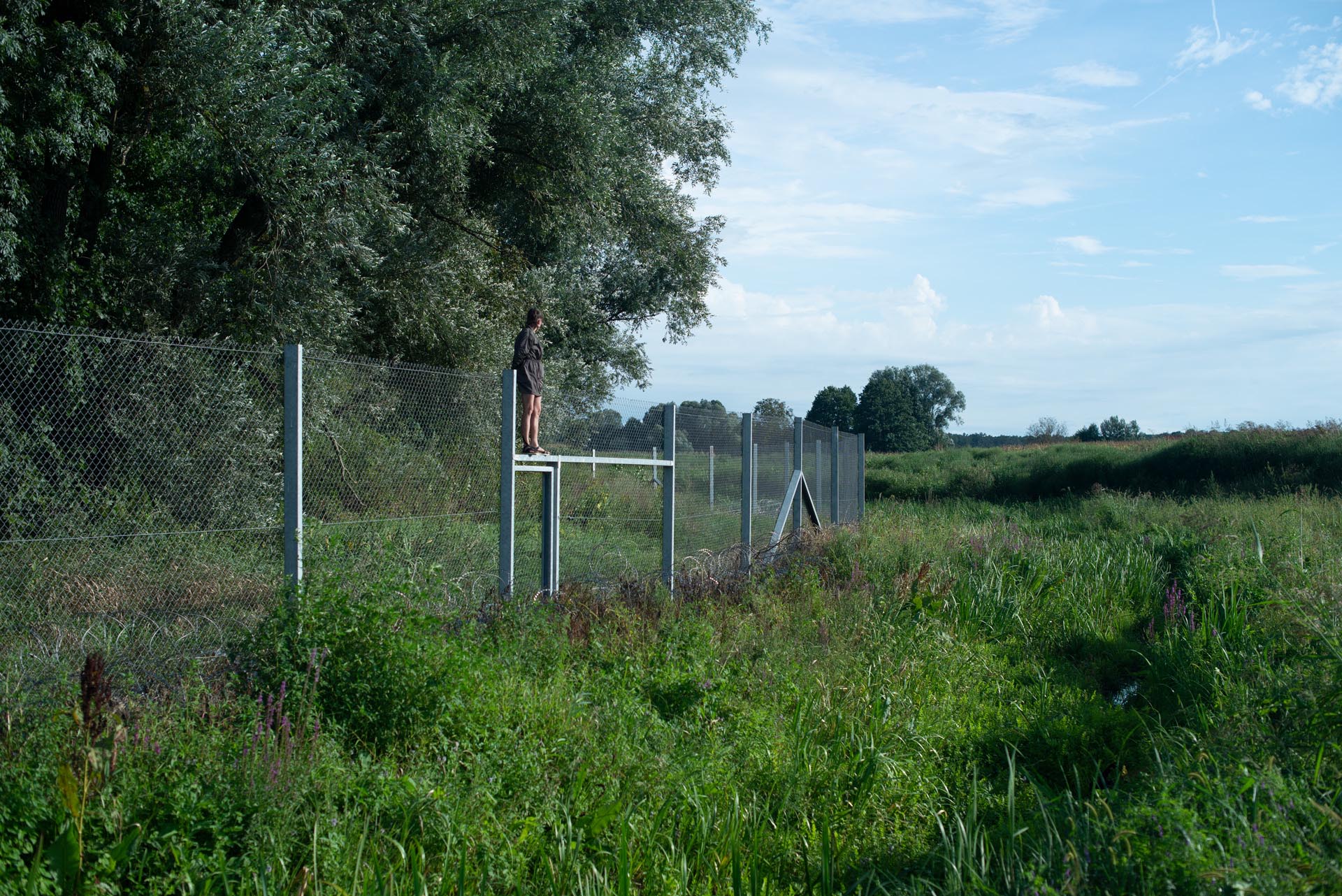 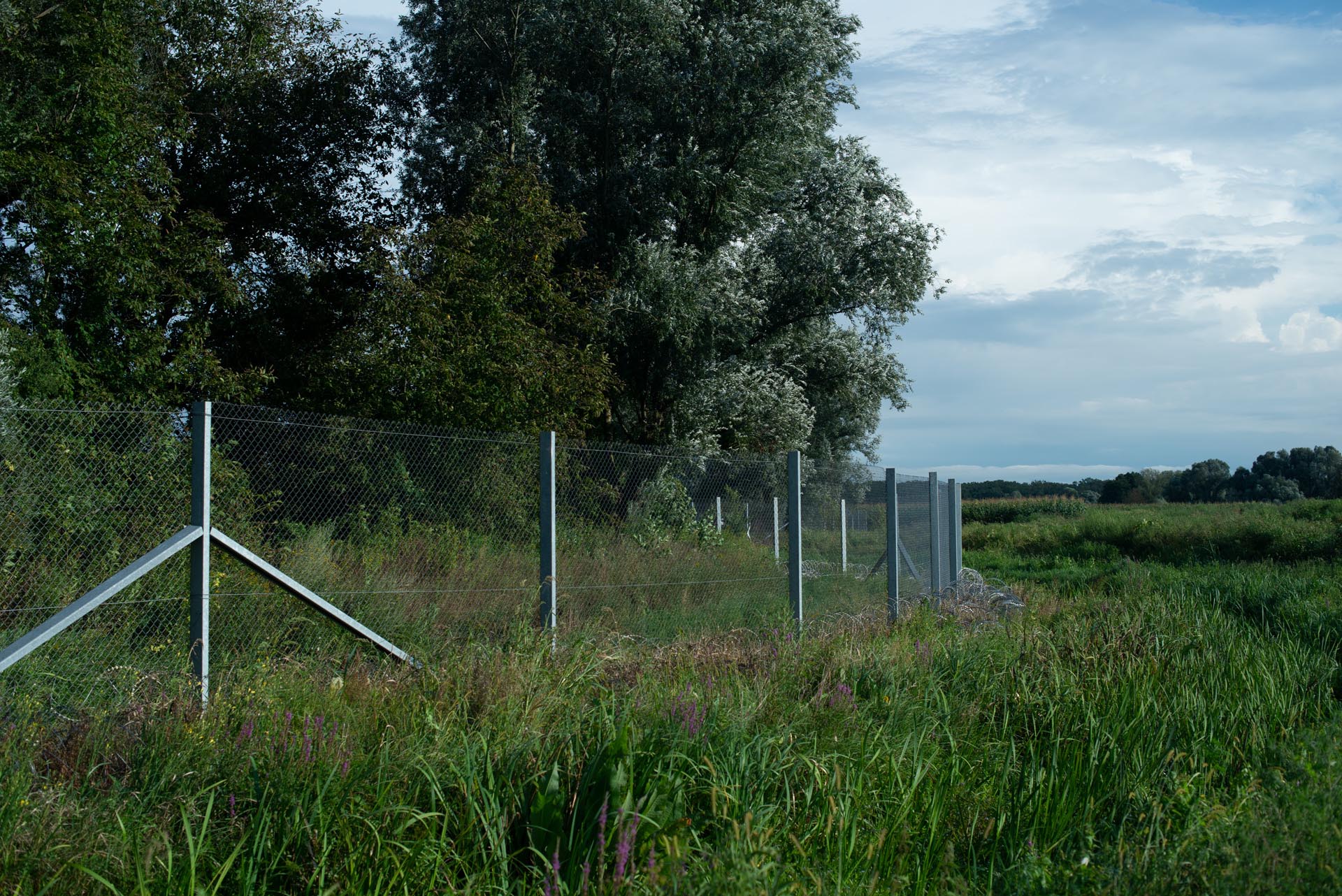 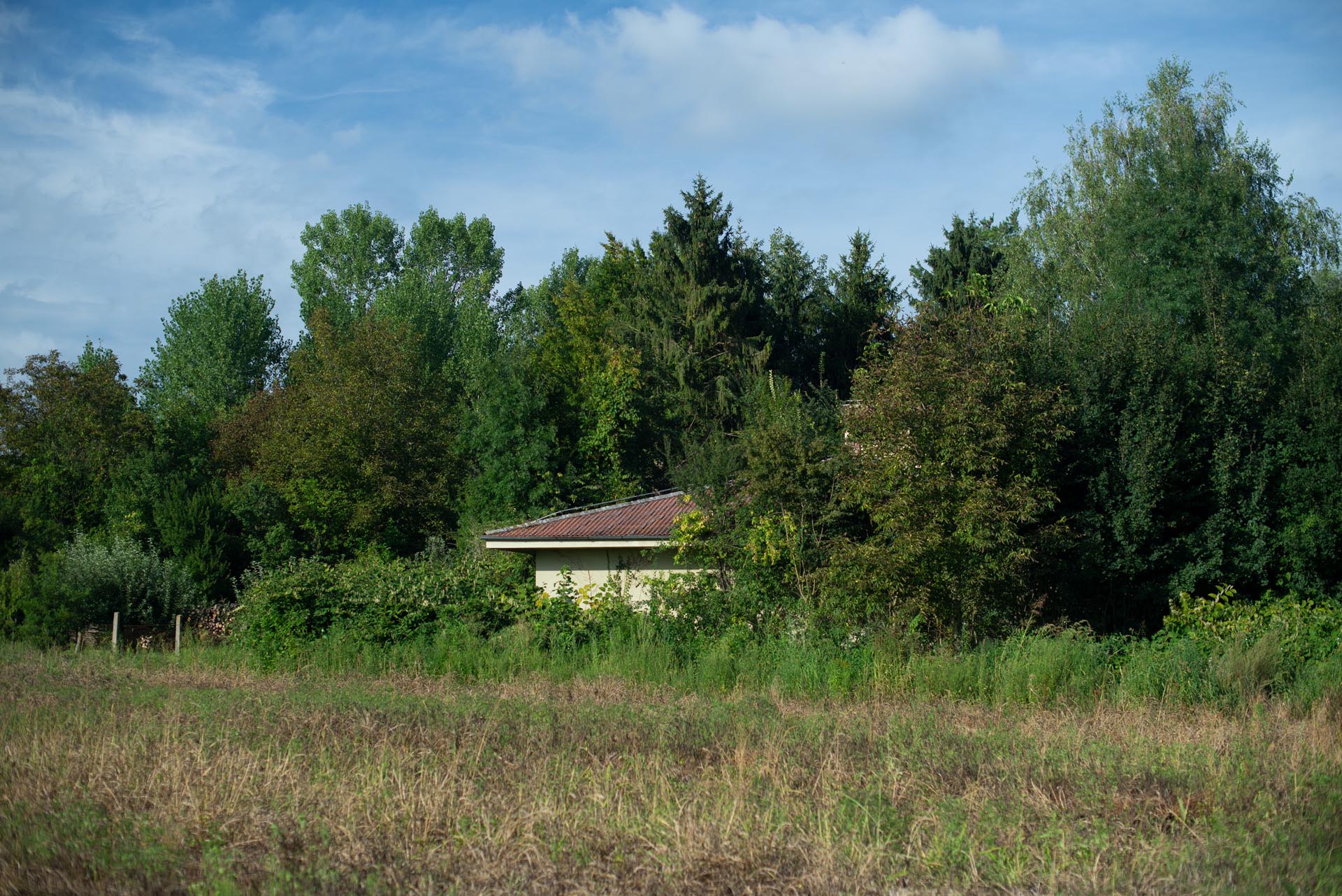 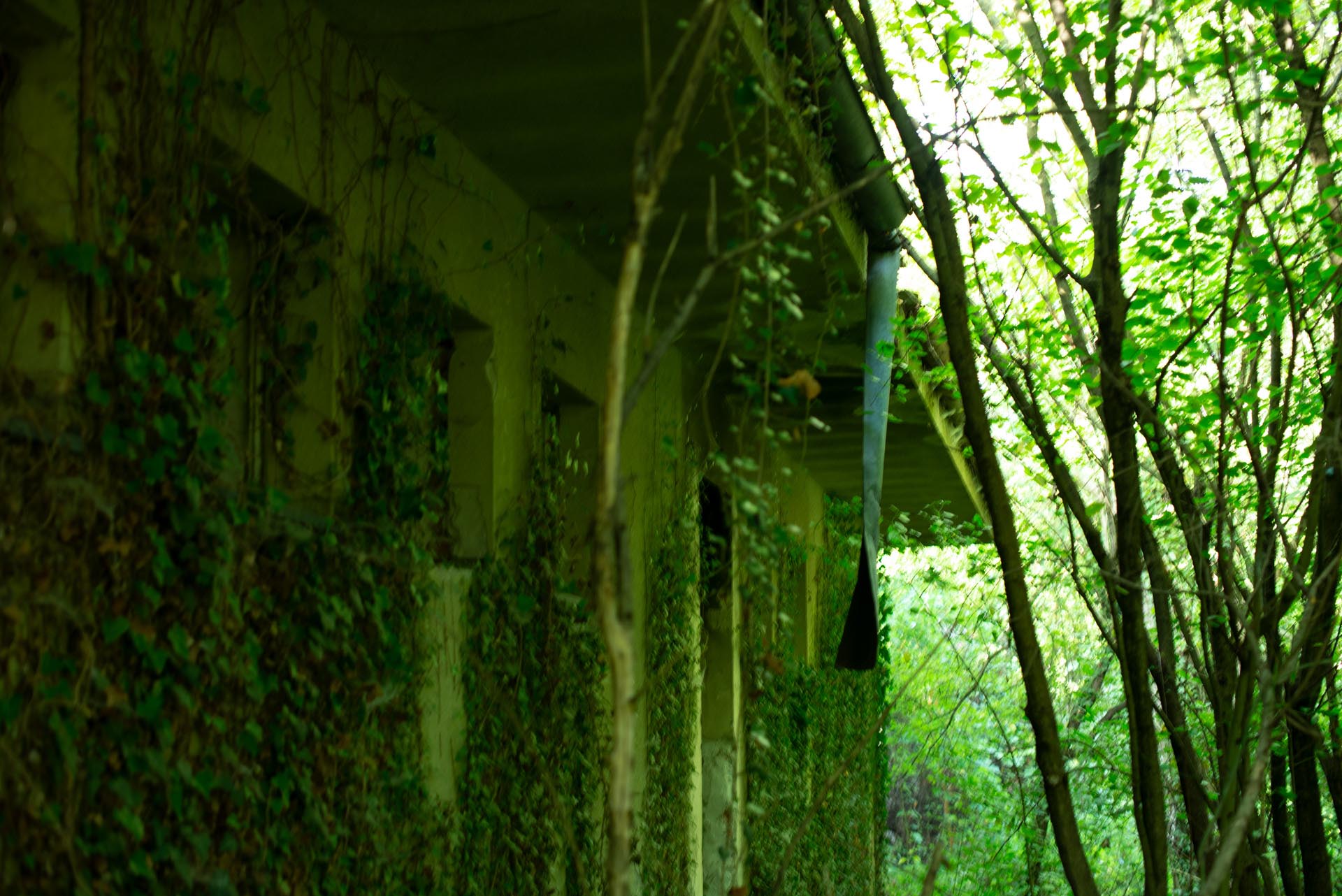 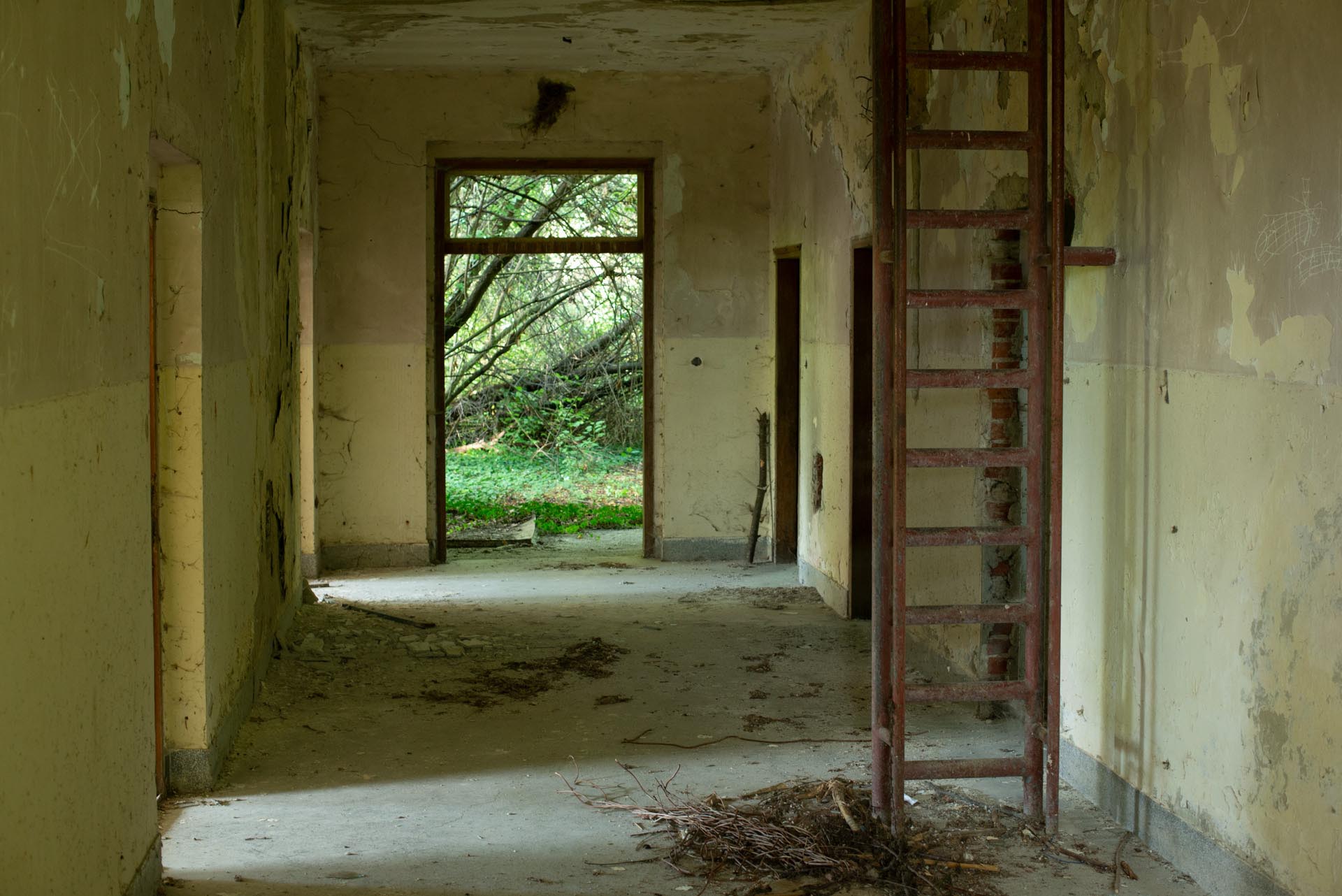 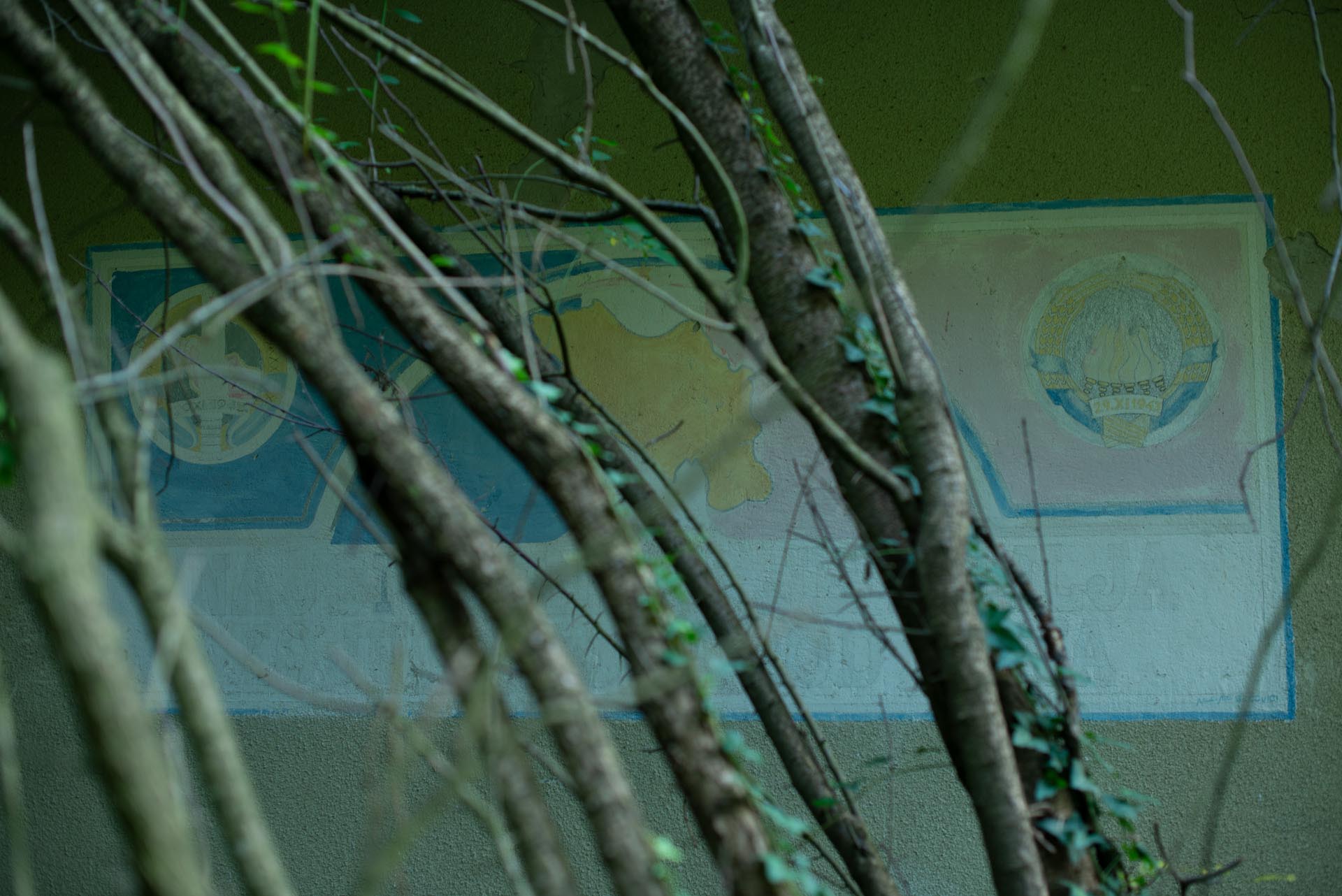 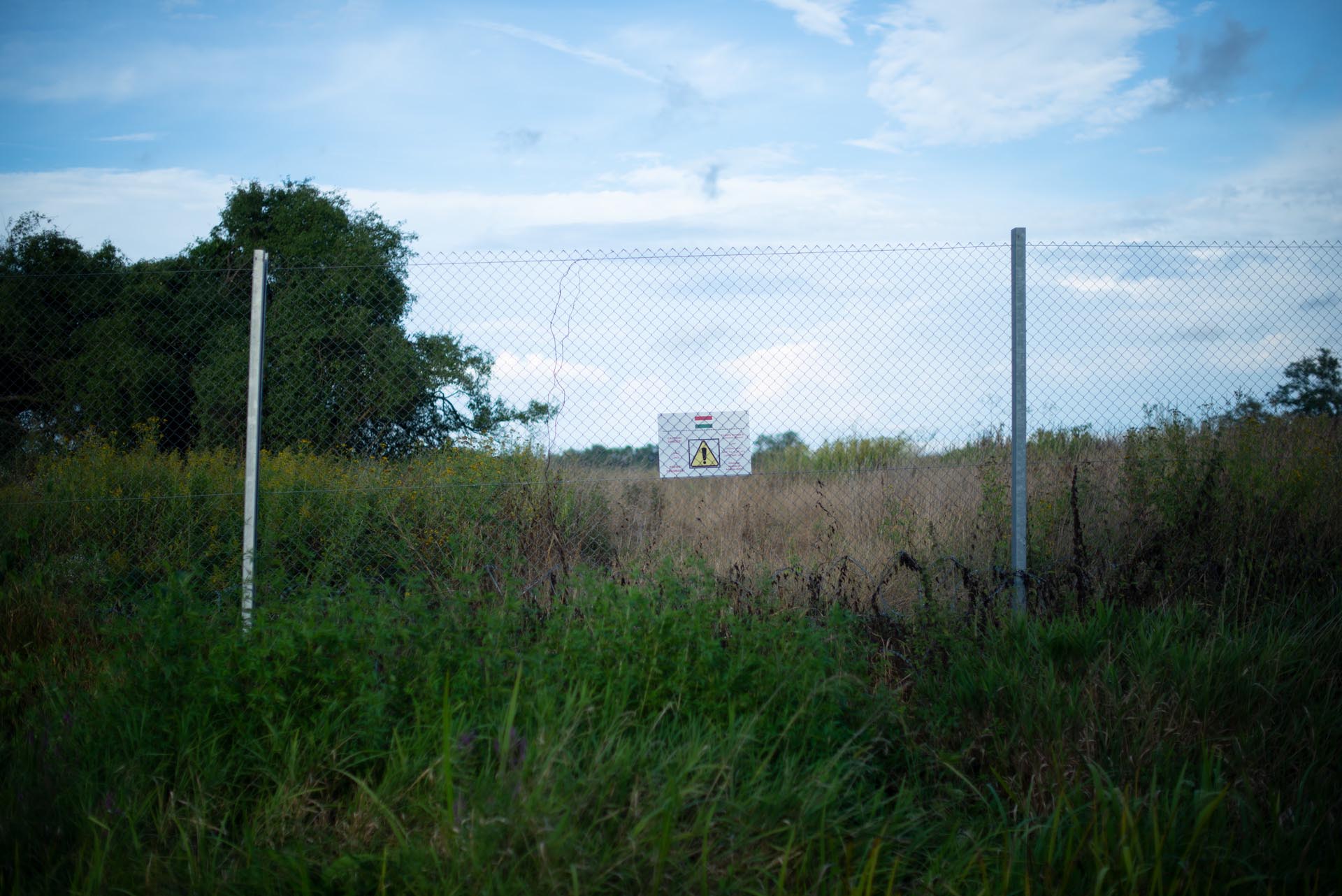 Ždala Council president: “A dozen deer bled out in the razor wire. The animals died, and the meat was not good either because they were injured, that is, while struggling, they consumed all the sugar from their muscles. The meat was disgustingly sour. I tried it. We tried to bake it. Well, we're not throwing it away. The hind is 150kg, a young calf. Bad meat. No good meat!”